Time to Waive Goodbye to This Blog 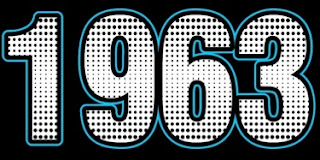 The time has come to retire this blog. Several things contributed to this decision:
1. Design-wise, the 1963 set my 3rd favorite (behind 1965 and 1967), but many of the players are outside my main interest period of 1967-69.
2. I have run out of cards to post here (other than for players that I've already posted elsewhere), and I don't like to duplicate players across multiple blogs.
3. The new Blogger format is a pain in the butt to deal with. The constant hassle with paragraph vs. normal layouts, photos not appearing where you expect them, even commenting on other blogs is sketchy. (If I don't immediately sign out after posting a comment, my next navigation sends a duplicate comment to the blog.)
4. I don't have as much time to blog as I used to.
For these and other reasons, blogging has started to become a chore. A long time ago I set goals on which cards I wanted to blog for each set. I have come to that point on some of my blogs, and am near it on all others except 1969. I intended to push through to the end, but that is feeling like a self-imposed chore now.
This 1963 blog is just the first domino to fall.  Others will follow sooner or later.
I have also enabled comment moderation on all my blogs. This was done not to suppress legitimate comments, but to prevent the blogs from being overrun by spam comments since I will not be reading them as often as I do now.
One only needs to look at the comments section of just about ANY post on this blog to see what happens when the blog owner doesn't keep up with the spammers.

Posted by Jim from Downingtown at 2:37 PM

Sorry to see it go. We like the same years. As much as I like 67 and 65, 63 is my favorite mainly because it was my first serious attempt at collecting.