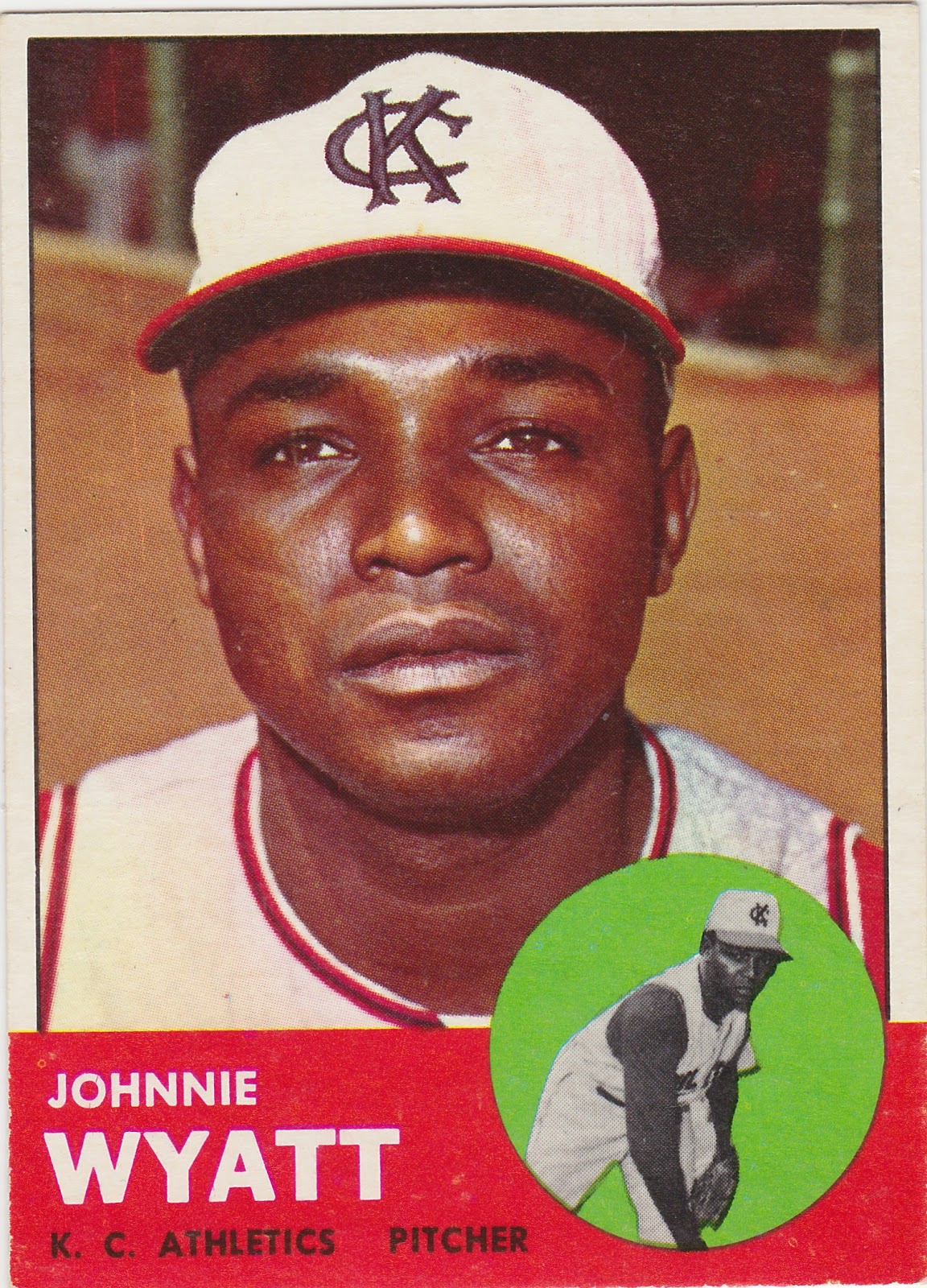 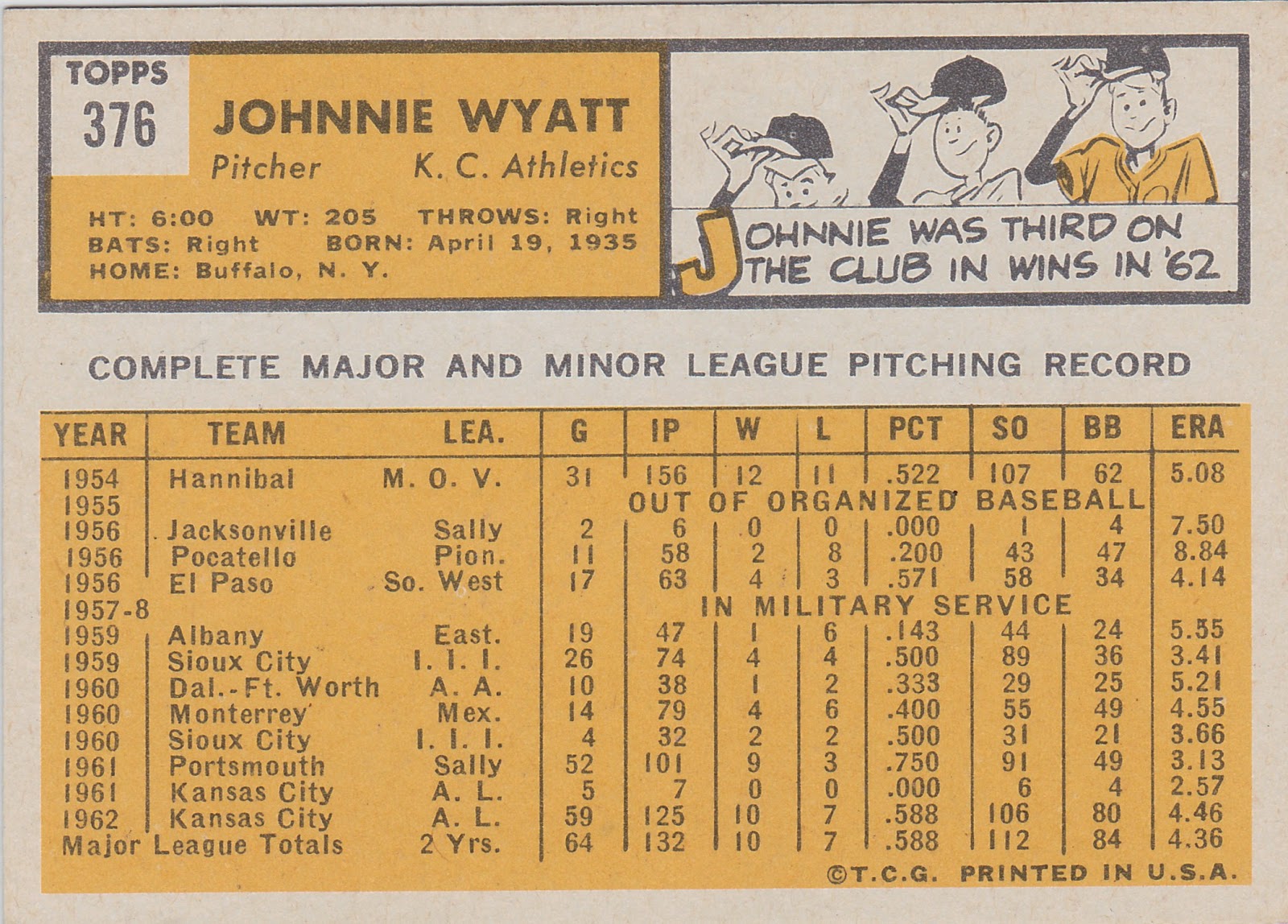 John Wyatt was a Cardinals signee in 1954 following work in the Negro Leagues. He spent a year in their system, another year in the Negro American League (as best as I can determine) and then passed through the Braves organization briefly before landing with the Athletics.

His journey to the majors was sidelined by two years in the military, a year in the Mexican Leagues and he finally debuted with the A's in September of 1961. He won ten games in 1962 while making some spot starts but mostly working out of the bullpen. After '61 he never made another start in the majors. He led the league in appearances in 1964 and made the AL All Star squad and pitched one (bumpy) inning. He pitched for Kansas City until a trade in June of 1966 sent him to Boston.

He got his only World Series experience with the '67 Sox. He pitched a couple of innings in Game One and did his job, holding the Cards off the scoreboard as the Red Sox tried (unsuccessfully) to mount a late rally versus Bob Gibson. And then he was the winning pitcher in Game Six after blowing the save opportunity.

His career wound down over the next couple of seasons as he pitched briefly for the Yankees, Tigers and A's again before retiring following the 1969 season.

Some random bits and pieces about Wyatt.....


Wyatt holds the all-time single-season record for most home runs given up by a relief pitcher. For the Kansas City A's in 1964, he gave up 23 homers while making no starts. No other pitcher has ever given up at least 20 home runs while making three starts or fewer.


Wyatt finished his big league career with a 42–44 record, 103 saves, and a 3.47 ERA. During his playing career, he had begun work as a real estate developer in Kansas City, Missouri, in the off-season. Wyatt’s mother had owned some property in Buffalo and made a living off the rent, so John resolved to do the same. He saved $7,000 over his first seven years in pro ball and built a 12-unit apartment building on East 29th Street in Kansas City. “No one had ever built a new housing facility in Kansas City for Negroes,” he told Will McDonough. “It was a long shot, but I’m a long shot player…you can’t win if you never take the chance.…The proudest day of my life came with the construction of that building. In one day, I sold three apartments and got a citation from the president [Lyndon B. Johnson].”