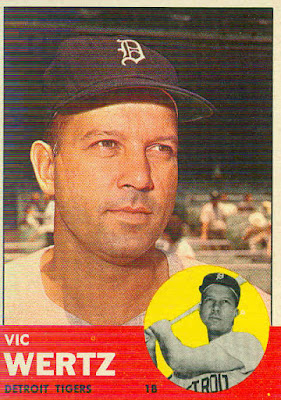 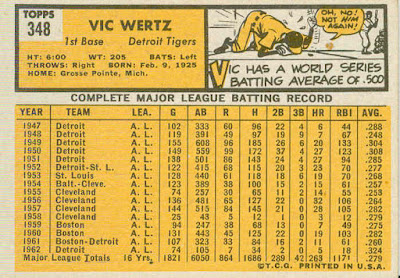 Posted by Jim from Downingtown at 6:19 PM No comments: 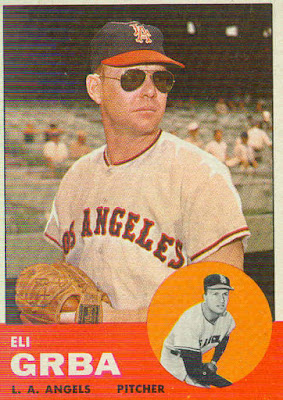 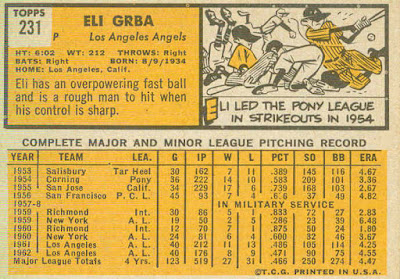 This is the first and last card for Phillies' pitcher Billy Smith (#241). By the time this card was issued, Smith's major-league career was already over.

Smith was signed by the Cardinals in 1953 and played 7 seasons (1953-59) in the Cards' farm system. He also played 2 games in '58 and 6 games in '59 with St. Louis. Smith was mostly a starting pitcher in the minors, but was a reliever during his 3 brief stints in the majors. 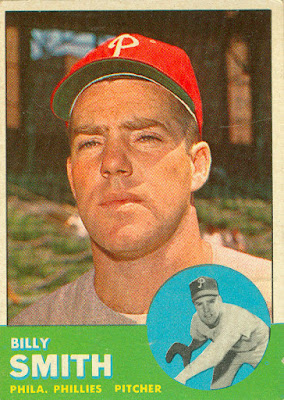 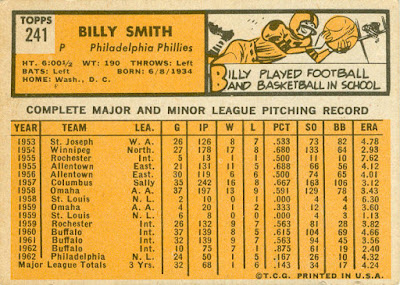 After the 1959 season, he and outfielder Bobby Gene Smith (no relation) were traded to the Phillies for catcher Carl Sawataksi. Bill played for the Phillies AAA teams from 1960 to 1964 (3 seasons in Buffalo, followed by 2 seasons in Little Rock, AR).