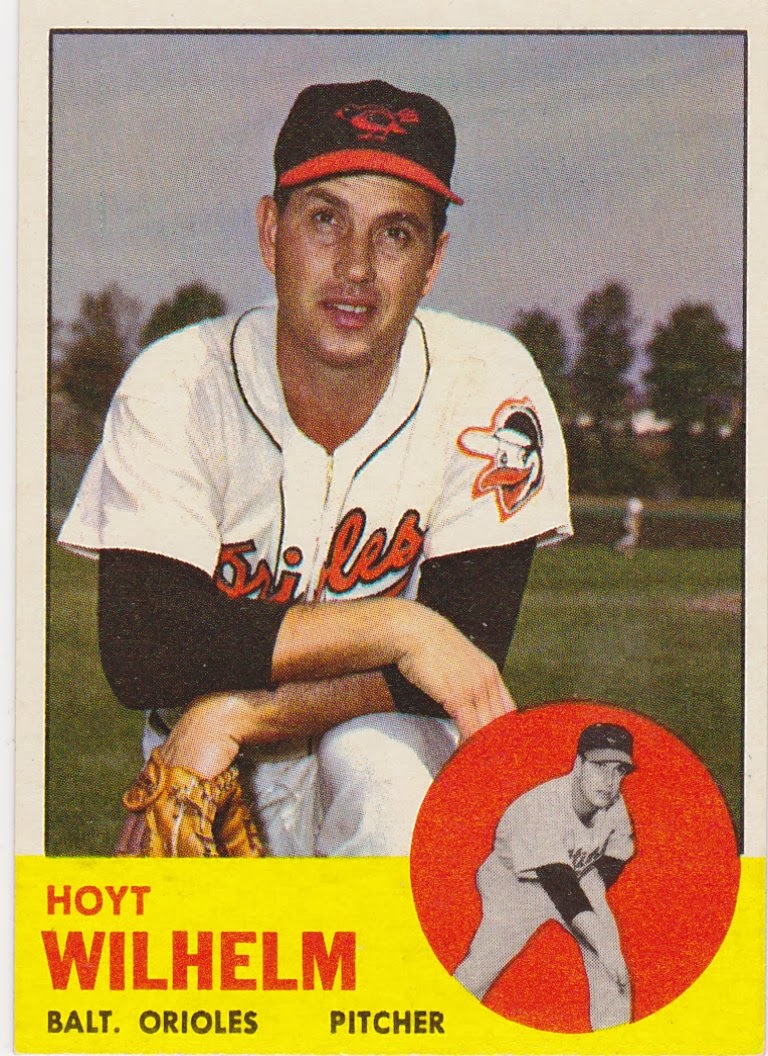 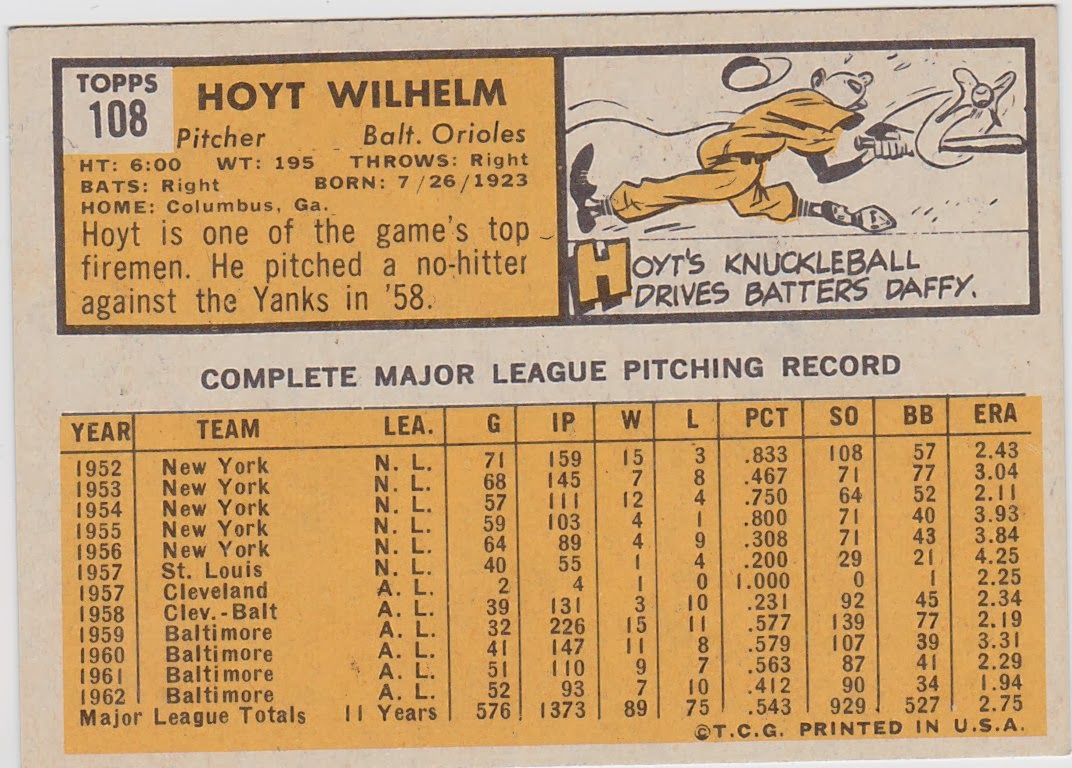 I'll admit that my love of the Orioles will color my view on this card but.....ain't it a beauty? The colors, the pose, the terrific 'turn of the decade' Orioles uni, the spring training background. Good stuff for sure.

Anyway, Hoyt Wilhelm is a Hall of Fame pitcher who garnered his fame by mastering the infernal knuckleball. He pitched for nine different clubs over a 21 year career and was 49 years old when he made his last big league appearance. He pitched for the Orioles from late 1958 through 1962 spending the 1959 and some of 1960 as a starter. He no hit the Yankees in September of '58.

Wilhelm's dancing knuckleball was responsible for one of the games more notable equipment controversy, the giant 'Elephant glove' pioneered by Oriole manager Paul Richards in 1960 and worn by Hoyt's personal catcher, Joe Ginsberg.


His Hall of Fame bio:


Hoyt Wilhelm didn't make his Major League debut until the age of 28, but he got off to a fast start by hitting a home run in his first at-bat. Twenty years and a then-record 1,069 games later, he had never homered again; but it was on the mound that he distinguished himself as the game's premier reliever. The knuckleballer won 143 games, including a record 124 out of the bullpen. In a rare start for the Orioles in 1958, he no-hit the Yankees.


Here is a extremely cool video of Wilhelm's technique with commentary by catcher J. W. Porter, a pretty interesting character in his own right. You have to love Ol' Hoyt's Carolina drawl.