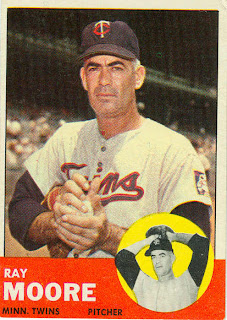 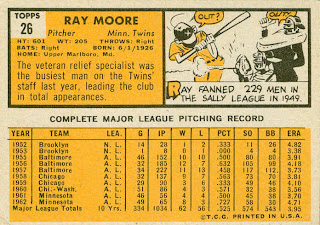 Ray spent the next 2 1/2 seasons with the White Sox, bouncing between their rotation and the bullpen. In June 1960, he was sold to the Washington Senators. By this time, Moore was strictly a relief pitcher, and he spent the next 3 1/2 seasons as a key member of the Senators/Twins' bullpen. Ray retired following the 1963 season.
Posted by Jim from Downingtown at 10:39 PM